We have started the year with the challenges of social media to show the before and after the last 10 years to see the evolution - or involution - of the users. From Ecolectia we wanted to go further, showing with our #10YearsChallenge how our planet and society have changed in the last decade.

For this we have made a montage with images of places and spaces that raised much debate because it was not known if it was exactly the same place. The answer is very clear: They are not the exact same place in most cases and we do not even have the certainty that 10 years have passed. We feel disappointed to some of you, but we know that the vast majority of those who outraged and shared the images understood that was a message of criticism of where the planet is going. To all of you, thank you.

To those who only criticized the images because you said it was "fake", we regret to inform you that they are not really false ... They are real and contrasted facts that we will explain next. Denying the message because it does not conform completely to the rules of the challenge does not make you smarter, indeed quite the opposite. The world has gotten much worse in the last 10 years.

The Amazon continues to deforest and has reached its worst rate in this decade, reaching a maximum of 14% in August 2017 according to the INPE (National Institute of Spatial Research). 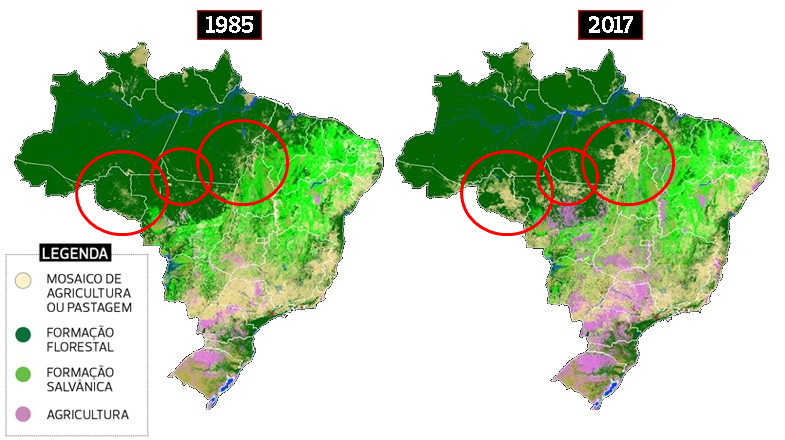 These last two decades have been taking images on satellites and monitored where illegal logging occurs and where intensive agriculture is gaining ground. Despite the efforts of the previous Brazilian governments, the deforestation of the Amazon has been unstoppable and we are facing one of the great environmental problems of the planet because it affects us globally. 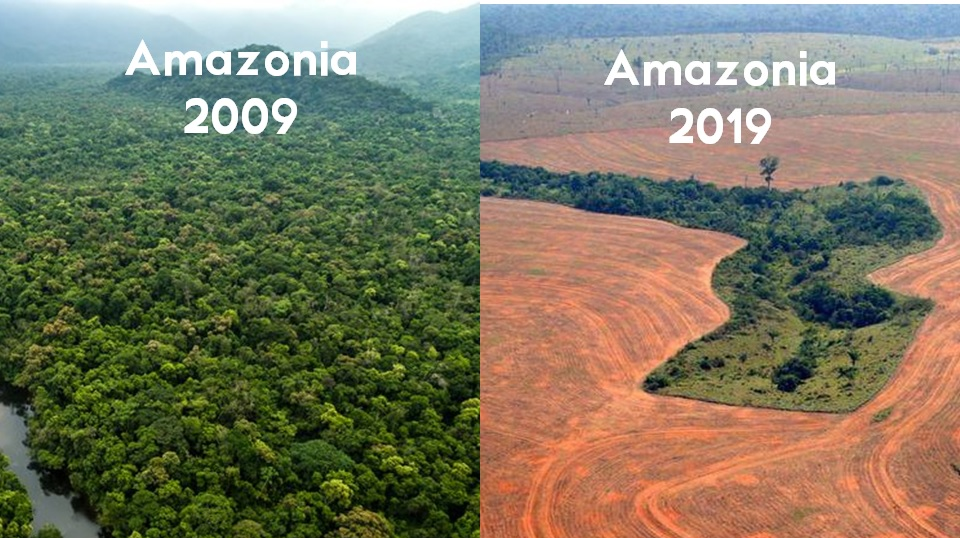 Is this image real? Yes, of two different spaces within the Amazon. The first virgin and the second deforested.

The next case is Lake Chad. There is not a single argument against this alarming reality. Lake Chad has been gradually evaporating in recent decades due to the unsustainable use of water and human consumption, apart from the great rainfall brake on the area due to climate change. 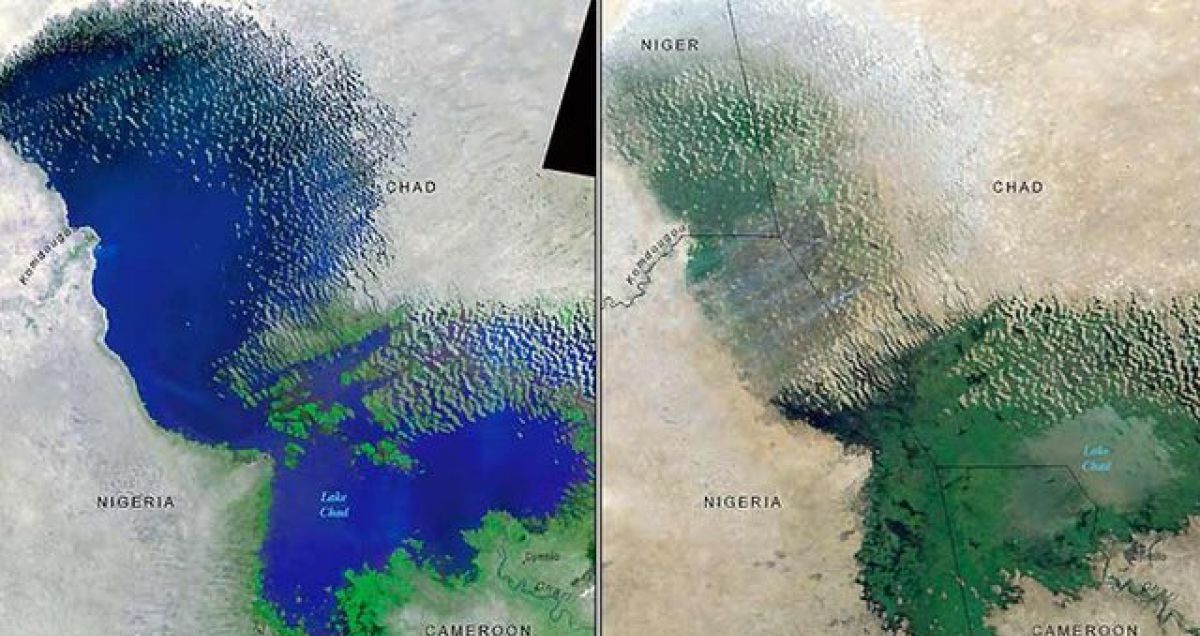 What used to be a small sea in the middle of the African continent and gave subsistence to the border villages of Niger, Chad, Nigeria and Cameroon is now a group of small pools without life, and that together with the violence of Boko Haram, it is forcing the populations to flee to the south and become displaced people. 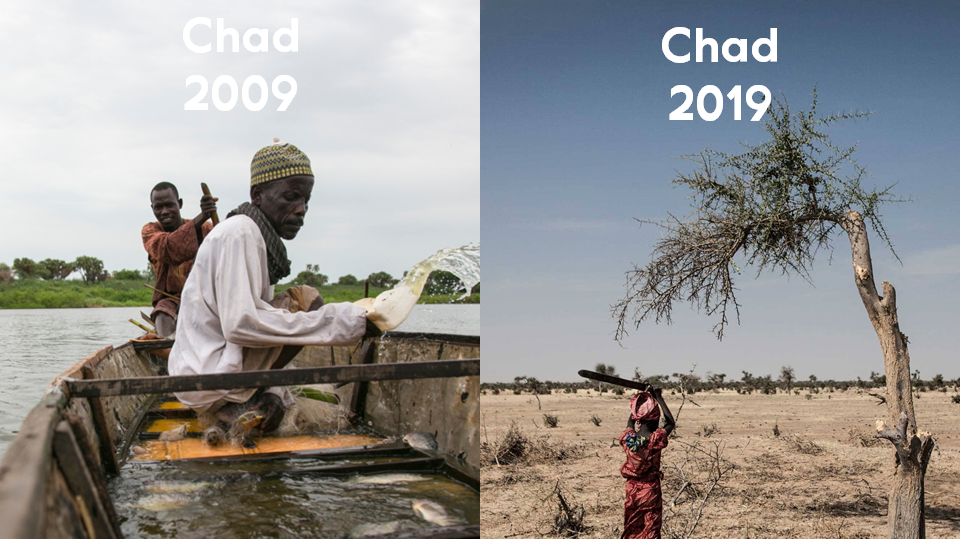 The donor conference for the Lake Chad region says it very clearly: it affects 11 million people and is today the most silenced humanitarian catastrophe.

Another image that caused a certain amount of controversy was the Great Barrier Reef. 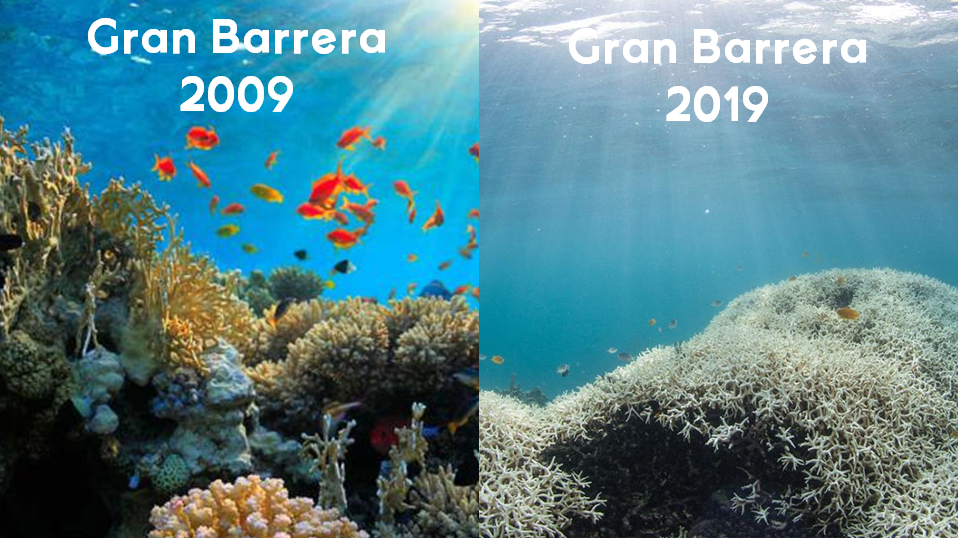 Is it a false image? No. It is the Great Barrier Reef today, except that the other image, its original state, is less than 10 years old. In just a few months, various sections of the Australian coral chain are disappearing, passing first from a whitening phase to a darkening by the algae, once the coral microorganisms die. 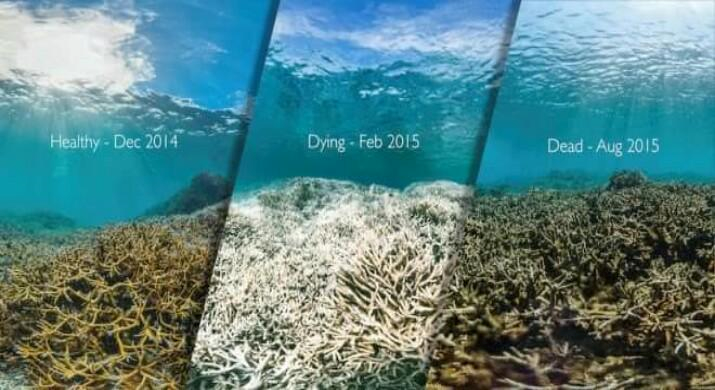 As Greenpeace explains, the Great Barrier Reef is in a "terminal state". The massive bleaching of this unique environmental space currently affects two thirds. According to scientists, there are already hundreds of kilometers of coral that no longer have any chance of recovering: Because of global warming and human action, these millennial colonies are simply dead. And this bleaching of the Barrier extends to the South, the only barrier space that until now was intact.

But do not worry, what we lose from natural spaces, we gain them in plastic... 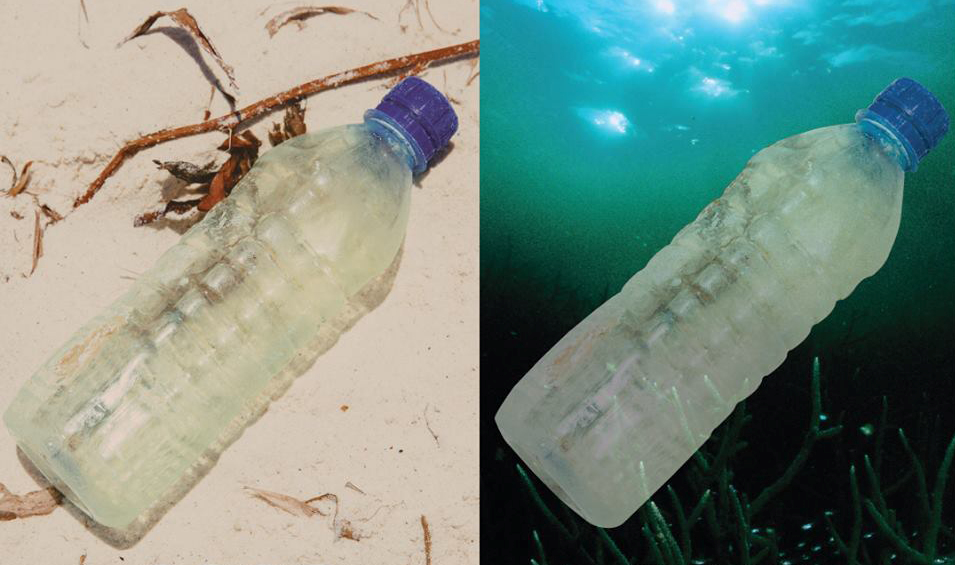